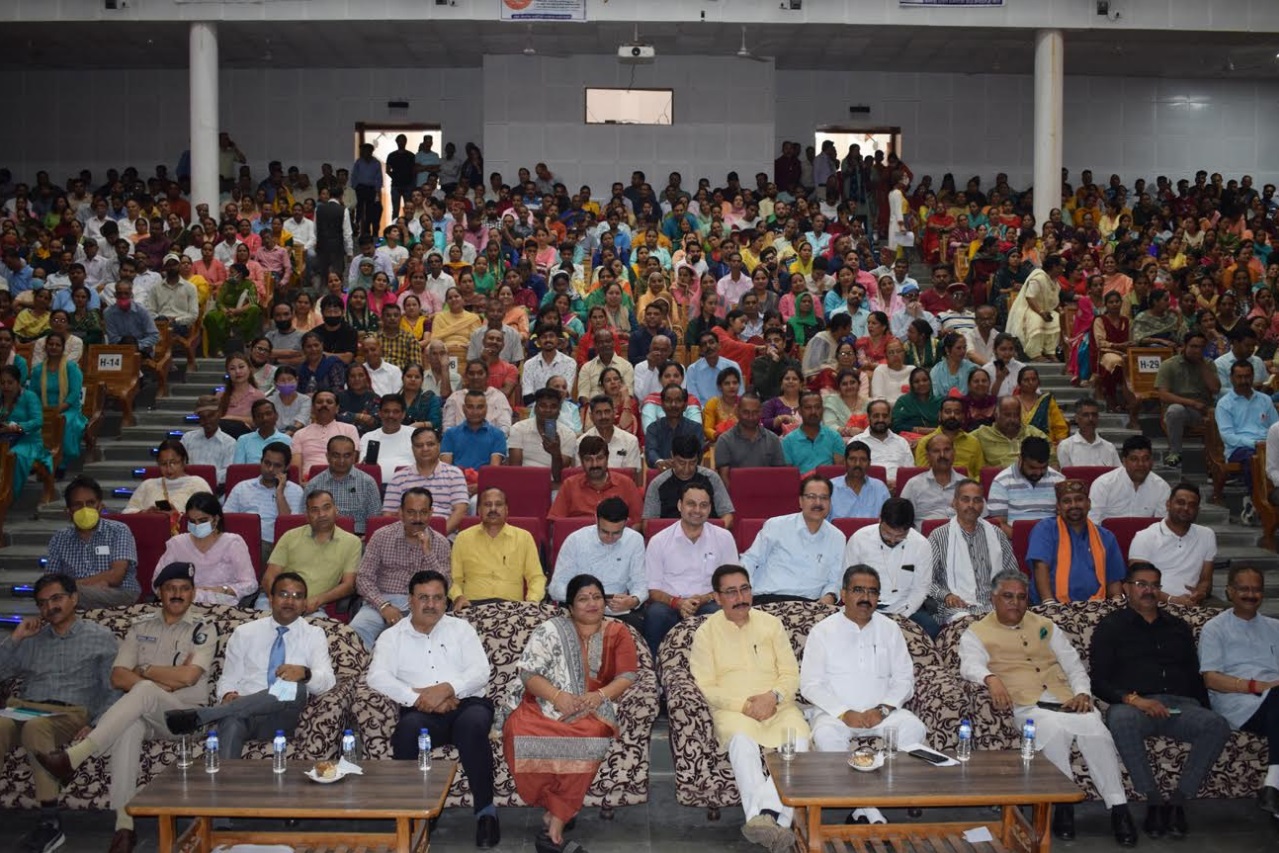 Welfare schemes ensured upliftment of poor: ParmarSpecial emphasis is being given to make youth self-reliant

Beneficiaries heard PM’s address in the auditorium of Dharamshala College

Assembly Speaker Vipan Parmar said that the welfare schemes of the Central and State Governments are ensuring the upliftment of the poor and needy people. He said that effective steps are being taken to take the benefits of these schemes to the last person of the society.

Speaker Vipan Parmar was  the chief guest in the district-level program organized in the auditorium of Dharamshala College to watch the live telecast of the national level Garib Kalyan Sammelan on Tuesday. Parmar  said, “ the schemes launched by the Center and the state will help people get housing,  drinking water etc. There has been a change in food, health and nutrition, living and financial condition of the public.”

He added, “ in the last years there has been a doubling of the pace of development, even in adverse circumstances like the corona epidemic, from vaccine to ration were made available for the protection of the common people, along with this, the poor people were moved in the direction of employment.” He said that taking care of the social concerns, the Central Government has also started PM Fund for Children, in which help has been provided for the education of orphaned children during the Kovid period.

Mental Health issues of journalists must be debated…