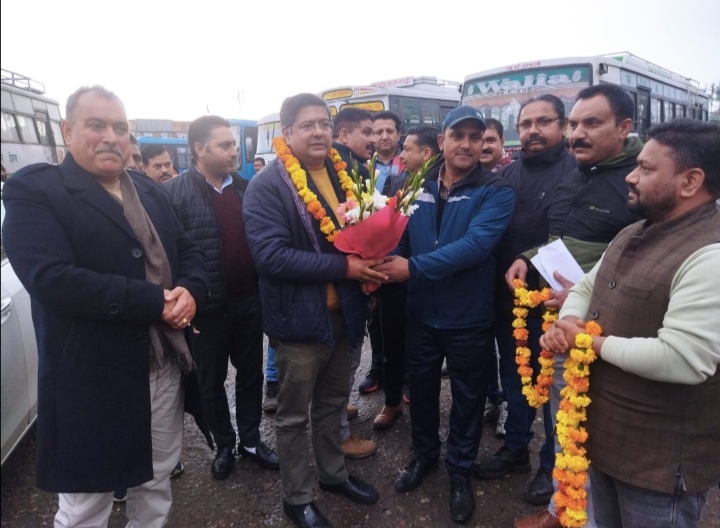 Ashish said, “ Palampur bus stand is one of the biggest busstand in the state and a proposal for its reconstruction would be placed before Chief Minister Sukhwinder Singh Sukhu and Deputy Chief Minister Mukesh Agnihotri. efforts would be made to make Palampur bus stand the best institute in the state. efforts would also be made to construct parking and commercial complex in this bus stand , so that better and additional parking facilities would be made available to the people of Palampur city.”

The CPS directed the HRTC management to speed up the work of paving the premises of Palampur Bus Stand and said that there should be no compromise on quality in the construction work. He said that it is his priority to make Palampur ,the best assembly constituency by creating all the basic facilities in this  assembly constituency.

The Software Technology Park in Chaitru shall be…