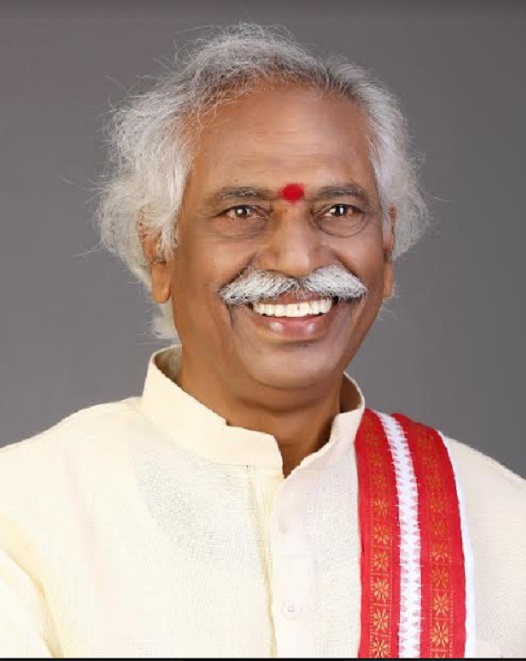 Children are a divine blessing! They are God’s best gift to us. Great English poet William Wordsworth said – Child is the father of the man – in his famous poem ‘My Heart Leaps Up.’ Children are the cornerstone of any nation. They are the future of their countries. They deserve an ambience which allows them to enjoy their childhood and grow learning in an atmosphere of empathy, compassion and affection. They are innocent and tender. Not giving due respect to them is a serious social evil. Unfortunately, a large number of children are forced to work as child labour. Child trafficking remains an enormous global problem even in the 21st century.

In the past eight years, India has been able to check child labour to a great extent. The Child Labour (Prohibition and Regulation) Amendment Act, 2016 was a milestone which saw the light of the day when I was the Union Labour and Employment (Independent Charge) Minister. A child having not completed 14 years cannot be employed or permitted to work in any occupation or process. A child cannot be engaged in hazardous occupations. However, the Act allows a child to help his ‘family or family enterprise, which is other than any hazardous occupations or processes’ but not at the cost of his schooling. As a child, I too used to help my mother Eshwaramma, who used to sell onions in a makeshift shop but only after the school hours. It was, however, a punishable act prior to the 2016 Child Labour (Prohibition and Regulation) Amendment Act.

Why do I relate it to my childhood story? To bring home the point that many parents still need their children to help them in their non-hazardous commercial activities. There is no harm in it but it must not be encouraged at the cost of their education. My mother never let me help her during school hours. Even today I revere and salute her determination to see me get a good education notwithstanding the fact that we were faced with multiple hardships. Knowing that the majority of child labourers are concentrated in rural areas with low per capita income, there is a pressing need to reach out to them as soon as possible.

It is gratifying to note that a number of initiatives have been taken to take care of the children of labourers so that they are not deprived of education and nutritious growth. Over 14 lakh children have been mainstreamed through special training centres under the National Child Labour Project (NCLP) where they are provided with bridge education, vocational training, Mid-Day Meal, stipend, healthcare and so on. Through special training centres (STCs), the children rescued from the menace of child labour are being better prepared to earn their livelihoods under the Samagara Shiksha Abhiyan (SSA). As on March 31, 2021, 1225 STCs are operational in 13 States and Union Territory. More funds should be allocated to STCs to make them robust in their functioning.

It has traditionally been seen that children effortlessly get involved into occupations of their parents to support them earn their livelihoods. Brick kilns, garments and agriculture, and fireworks have the maximum share of child labour. Similarly, children of domestic helps are found engaged in doing daily chores with their parents. Dhabas, small eaters, tea stalls, carpet and bangle making units are quite often seen to have children engaged in multiple tasks. Children in the unorganized sector are most vulnerable. Strict actions are being taken against their employers but the going gets tough when we find that children have been forced to extend help to their parents by withdrawing from schools. That is indeed a painful situation.

No denying the fact that the violators of Child and Adolescent (Prohibition and Regulation) Act, 2016 are being taken to task. The pace and quantum of enforcement of laws must be an area of priority and concern for the agencies concerned. Since child labour is a compoundable and cognizable offence, enforcement agencies will make the real difference towards the elimination of this social evil if they are more vigilant and active. We also need to further accelerate the pace of their wholesome empowerment. The effective implementation of the Right to Education Act will be a milestone in not only liberating children working in hazardous or non-hazardous conditions at the cost of their education but will also pave the path of their critical development as human capital.

Giving exemption to family – mother, father, elder brother and elder sister – to involve the children below 18 years to help in their enterprises after school hours since there would be no employee-employer equation – does not mean that they do not need to be supervised. In fact rigorous supervision will be required to ensure that they don’t slip back into the vicious circle of child labour as in rural and semi-urban areas, parents have to go out for work leaving behind their children alone at home. There is no one to care for them. If a child starts working, then it becomes very difficult to educate them. Children in the age group of 5-8 years must directly be linked to the formal education system through a close coordination with the SSA. Similarly, effective monitoring of PENCIL (Platform for Effective Enforcement for No Child Labour), a dedicated platform to make the NCLP successful through better monitoring and implementation, is strongly recommended.

I firmly believe that just by classifying the work done by young boys and girls in the household for the best of family as ‘child labour’ will never solve this acute problem. We need to think differently. Unfortunately, in spite of various legislations across the globe by successive governments in their respective countries, the plan of shifting the thrust of anti-poverty programmes to those segments of society that contribute largely to the problem of child labour, remains mostly on paper. Until and unless the corporate, industrialists, entrepreneurs move beyond the legal obligations and adopt social responsibilities the problem will remain as it is. Addressing the problem of child labour requires support from multiple agencies of the society. It is here the role of NGOs, volunteers, senior citizens becomes most crucial.

I am glad that the World Day against Child Labour-2022 has been dedicated to the ‘Universal Social Protection to End Child Labour.’ A child-labour free world is at the core of Sustainable Development Goals (SDGs). There is a target to end child labour in all its forms by 2025 globally and put in place a universal social protection by implementing appropriate social protection systems and measures to achieve substantial coverage of the poor and the vulnerable by 2030. India has made significant progress in reducing child labour over the last eight years. The Covid-19 pandemic has disrupted our efforts but our collective determination and commitment will prevent families from resorting to child labour in times of crisis. With an integrated and comprehensive approach, India is well on the path to free from the menace of child labour soon.

(The author is Governor of Haryana. The views are strictly his personal)

Ranjit Sagar lake in Pathankot to be developed…